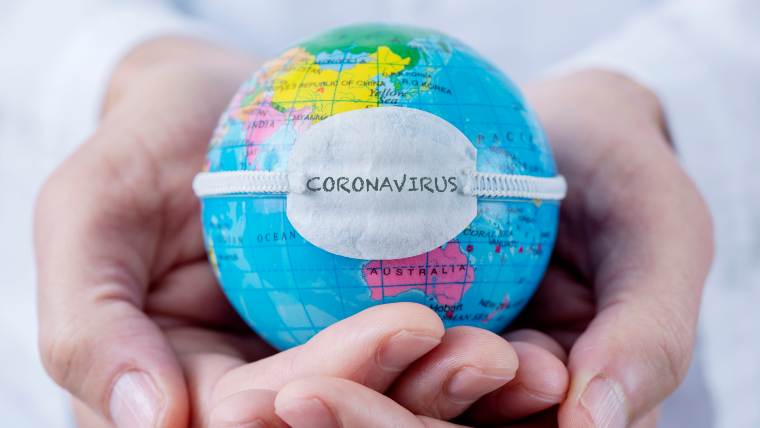 Apparently, Covid-19 pandemic continues to unmask the bankruptcy of the economic model of the capitalist nations globally. Economists have already warned the high probability of the collapse in the global economy. There are two terminologies that are commonly used by economists to illustrate the global economic decline. Firstly, ‘Recession’ which is traditionally defined as two consecutive quarters or six straight months of negative economic growth. Secondly: Great depression; which is a prolonged economic downturn faced by a country that is measured in years rather than quarters.

In a move to combat the Corona virus pandemic, capitalist governments have been contrived to come up with some measures. In the United States, which is now leading in having high number of confirmed cases of Corona virus, President Donald Trump has signed the largest financial stimulus package worth $ 2 trillion. Such measures have already been taken by several European countries i.e. 550 billion euros in Germany, 300 billion euros in France and 200 billion euros in Spain. Despite the few reported cases in Africa, this pandemic has triggered havoc within African governments which are overwhelmed with massive debts. For example, Kenya which its public debt amounts to 6.3 trillion shillings, the covid-19 pandemic will severely shake its economy. The World Bank and IMF have called upon the major economic powers to suspend the repayments of loans by poor countries like Kenya. It should be noted that the Kenyan government had applied for a further $ 130 billion loan to fight the Corona virus pandemic.

Since the global economic crunch witnessed  in 2008, the global economy has been experiencing a slow growth, a clear indication that the measures taken by governments to fight the Corona virus pandemic will further cause the  economy to collapse. Kenya Airways estimates that it is losing at least Sh800 million a month. Since the outbreak, there has been very little business at the port of Mombasa. The proposed income and corporate tax cuts aimed at protecting the economy against the effects of the Corona virus pandemic will cost Kenya Revenue Authority (KRA) Sh1.3 billion daily over the next three months.  Nearly six in 10 companies, 55 percent surveyed by Kenya Private Sector Alliance (Kepsa) have reported zero or low impact on their operations. Apart from that, in the International arena, the virus has made the oil prices to dramatically fall hence paralyzing the global trade.

The fragility of capitalist economic system has been apparent once again and is now manifest for every to see. It is the weakest as the spiders’ web; the weakest house ever which before the emergency of catastrophes is itself catastrophic. The laid measures by the authorities to cushion their fallen economy are nothing but attempts to obscure the evils of their dead system that awaits the announcement of the date of its burial. There is a simple English saying which is also common among the economist that goes by the saying: “God may as well have created the universe but we mortals created paper money and risky banks.” The essay illustrates the fragile pillars upon which the Capitalist economy is built and these are; the paper money and interest which both have made the system prone to collapse.

As to how the interest makes the economy to fall, this can simply be understood by examining the  economic status of the third world countries crippled with massive foreign debts which is tightening its noose hence unable to fund its own domestic projects. Here comes the popular essay “Creditors have better memories than debtors’’ To make the matters worse, these fragile pillars are considered as the backbone of the capitalist economic model upon which the Central bank of Kenya lowered the interest rate on the basis that it will help the Kenyan society to sustain their economic demands in the face of the pandemic! However, this measure normally turns matters to the rock as many banks face a new challenge known as credit crisis.

With regard to the paper money, its printing is purposely done to increase cash circulation to the market and does not increase economic output. But when more money is pumped into the market with the scarcity of goods then demand for goods and services by consumers will be high. But if firms still have the same amount of goods then definitely the printing of cash will cause inflation. Furthermore, the paper money itself has no intrinsic value rather its value is being measured with its ability to exchange with another commodity by certain authorities.

This situation that the world is facing presents a clear testimony that indeed there is need for an alternative system which is none other than Islam. As the Covid 19 pandemic debunks the ills of capitalism, it provides a golden opportunity for the scholars and thinkers to study and comprehend Islam in order to carry its noble message for its practical implementation through the Khilafah state.  When this state is reestablished, the world will not only address health issues like Covid-19 pandemic, but will also get rid of capitalism, which is more dangerous than all diseases.